Shopping Cart
Your Cart is Empty
Quantity:
Subtotal
Taxes
Shipping
Total
There was an error with PayPalClick here to try again

Thank you for your business!You should be receiving an order confirmation from Paypal shortly.Exit Shopping Cart

A Chinese box in dramatic form, a toy that is simple to look at but drives one to near madness when played with".

"Pizzazz" by Hugh Leonard is a cleverly plotted, effervescent comedy about relationships. With its compelling play of words, Pizzazz tells the story of two strangers - Marion and Dr. Conroy, who are inadvertently stranded on a Boat Jetty on the river Shannon waiting for an indefinite boat strike to end. With it's fair share of idiosyncrasies, quirkiness, persistence and insecurities Pizzazz is a loveable comedy of trials, mostly errors & that indefinable "something. 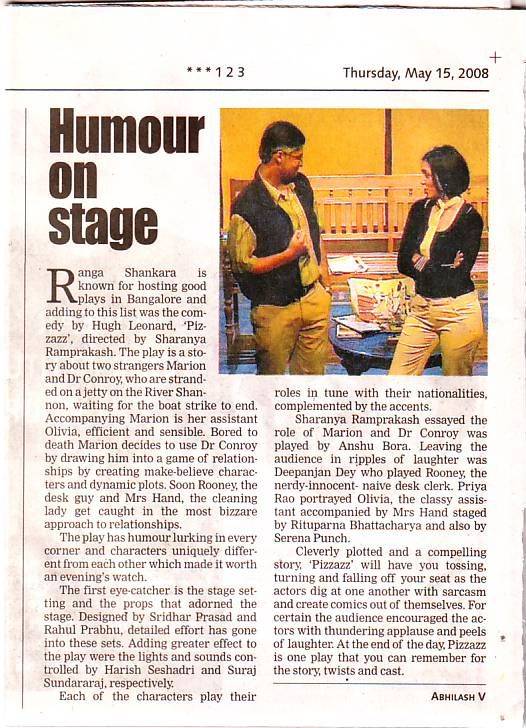 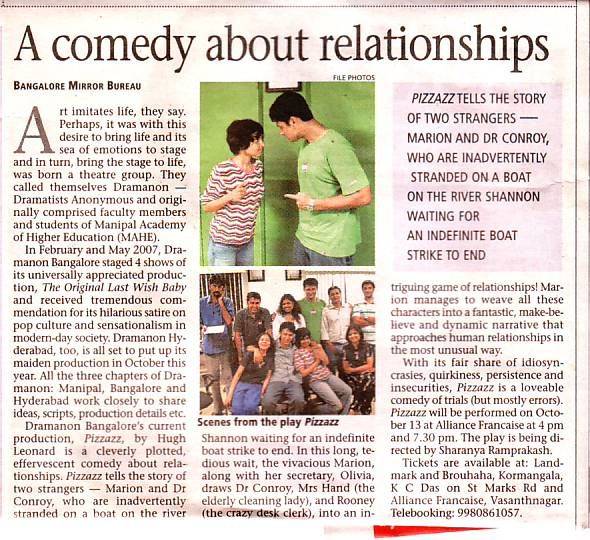