Shopping Cart
Your Cart is Empty
Quantity:
Subtotal
Taxes
Shipping
Total
There was an error with PayPalClick here to try again

Thank you for your business!You should be receiving an order confirmation from Paypal shortly.Exit Shopping Cart

"Guilt" is a story of coping with grief and betrayal. It's the story of a boy, Kishore, and his would be sister-in-law, Pooja, who is eight years older than him. Pooja is set to marry Kishore's brother, Nitin, and grows very close to Kishore who feels comfortable to confide an intimate secret about himself to her. A sudden turn of events sees Nitin suffer from final stage lung cancer and expiring within a month, which shakes the foundation of all the relationships in the family, especially that of Kishore and Pooja's. Pooja disappears suddenly only to return two years later to tell Kishore about her getting married again, forcing them to dig the past. The play was shortlisted for the 2018 Hindu Playwright Award and was invited to the 2019 Hindu Theatre Fest, Chennai. 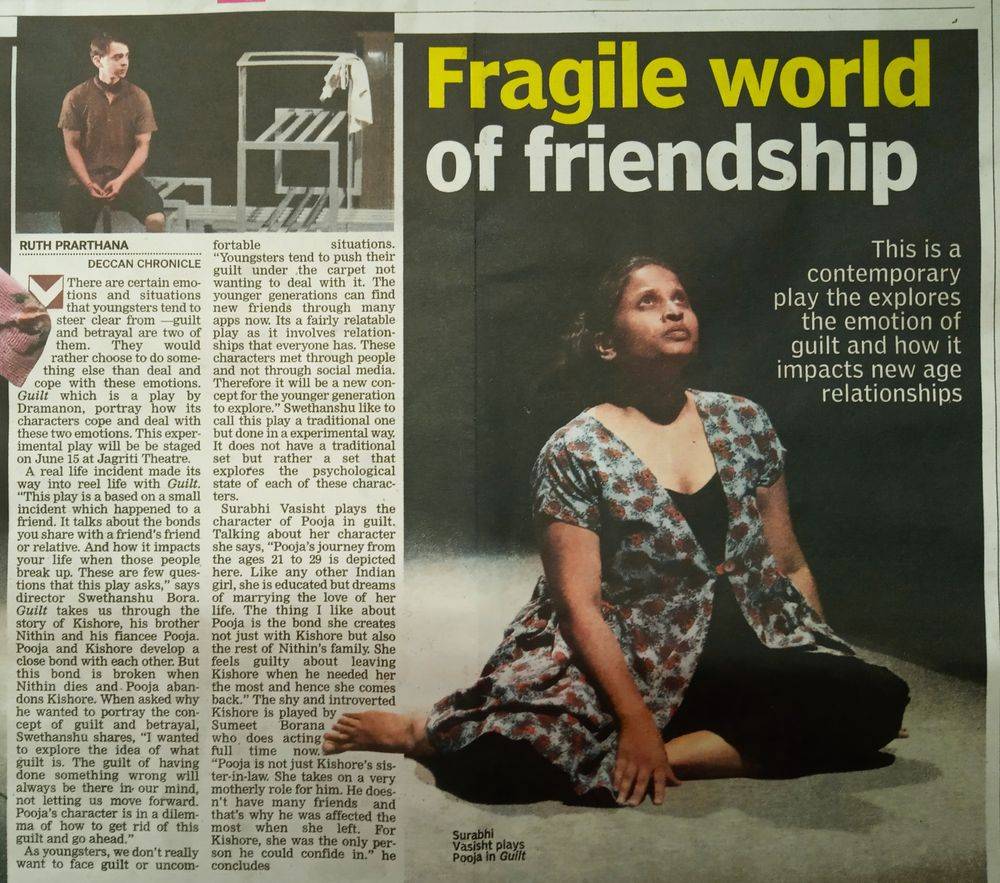